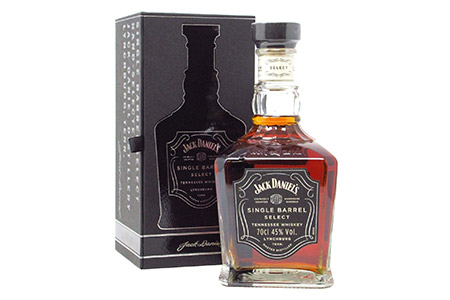 Jack Daniel’s is a famous Whiskey brand which has gained popularity over the years for its fine grain, high quality Tennessee whiskey. There are many different sites to sell their amazing range including the Jack Daniel’s Single Barrel Select Whiskey.

Jack Daniel’s Single Barrel Select Whiskey is possibly one of the finest whiskey blends that Jack Daniels has produced. Considered the ‘Jewel in the Crown’ of the Jack Daniels usual, this blend was made in 1892 and is a unique blend which is stronger than their other products.

Jack Daniel’s first came into existence at the hands of Jasper Newton ‘Jack’ Daniel in 1875. He first became a licensed distiller at the age of 20 in 1846. Since his death in 1911, there have been many changes over the years.

The state wide prohibition law in 1910 in Tennessee forced Lem Motlow to try distilling operations in Birmingham, Alabama and St Louis, Missouri. As Tennessee state senator, Motlow was able to ensure the law war repealed and production began again in 1938 after a 5 year gap.

This trademark whiskey in its square bottle with a black label is one of the best recognized and popular whiskeys in the world. They perform an extra step to make Jack Daniel’s different from other whiskeys and that is by filtering the whiskey through Sugar Maple Alcohol in large vats before aging.

They began originally with the black label having US proof 90 i.e., 45% alcohol by volume and the green labeled product at 80 proof. However in 1987 the same was reduced to 86 proof. Then in 2002 most Jack Daniel’s was diluted to 80 proof.

However, for special occasions they have released higher proof whiskey such as the one time 96 proof whiskey bottled for the 1996 Tennessee Bicentennial.

The Jack Daniel’s Single Barrel Select is considered one of the headiest and strongest of whiskey and is considered to be quite intense as it is 100 proofs (above 50%). Those who have tasted informed that it has a rich and complex taste and has quite a kick.

This whiskey comes in a square traditional bottle with a black label and is a glowing amber color. It is a single barrel whiskey and each barrel is stored in a different area which affects the aging process which in turn affects the color and flavor.

This strong yet rich whiskey is said to have the taste similar to the traditional No. 7 i.e., hints of vanilla, sweet corn, coconut but the high alcohol gives it an extra kick and a spicy after taste.